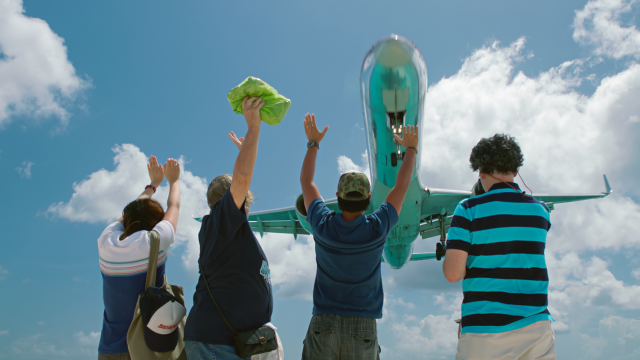 Airplane. When that word is said in common conversation usually it does not cause excitement. It is a machine; it is commonplace in our society today. Though when taking this one word; Airplane, out of conversation we can really see what mankind has created.

In the History Books

In history books, there are several explorers and navigators who have been noted for crossing continents in just under a few months or weeks. To try and understand that in our daily life now is hard to measure. For example, in just less than ten hours someone can easily fly from Seattle, Washington, the USA to Paris, France. In one day we are able to literally fly halfway across the world. If someone were to go back in time to what our civilization once was, even only going back one-hundred and fifty years. No one would believe. It took just two generations to go from taking horses, wagons, and eventually automobiles to getting into a metal machine that would carry you into the clouds.

Living in the Age of Airplanes explains just that. How technology and society advanced and worked towards developing something no one could have possibly dreamed of in the past. Eagles and hawks are now racing with us in the air while we are able to see from a point of view people had once never imagined.

Many businessmen, travelers, and the common tourist take for granted what an incredible invention the Airplane truly is. Languages, cultures, and historical sights are now open and visible to all who dare achieve it.

Living in the Age of Airplanes Importance

Living in the Age of Airplanes takes the viewers to over a dozen different countries across all seven continents to show how unbelievably powerful and connected our world has become due to airplanes. It started its viewing at the Smithsonian National Air & Space Museum in Washington, DC but now has continued to open the minds worldwide on a giant screen, IMAX®, and museum cinemas. Eventually, it will be available through DVD/Blu-ray along with the original soundtrack by James Horner, who also composed for Titanic, Braveheart, and Avatar. As well as Harrison Ford is the narrator throughout the film; he takes you on the incredible birds-eye view journey to better understand what we humans are truly capable of.

It is not only visually stunning and moving for the viewers, but it is a refreshing perspective for those who have lived most of their life within the now modern miracle of flying. There is a quote that Bill Gates once said of airplanes “The airplane became the first World Wide Web, bringing people, languages, ideas, and values together.” This is what the film’s main goal and focus are for its viewers. The Wright Brothers made their first successful attempt at a one-person flying contraption in 1903. Fast-forward to 2016 and there are planes that can carry cars, hundreds of people, animals, and provide movies and entertainment along the way. If we were to take out our use of airplanes the financial, social, and global stability of our world would crash. We have become so welcoming and used to the flying environment, but do we really understand its actual capability? This movie gives everyone the perfect explanation behind our metal wings.

The filmmaker Brian J. Terwilliger makes excellent points and emphases the importance of having aviation as a way of travel. Although when a person is in the midst of airline delays and inconveniences, the goal of this film is to make passengers understand and refresh the awe and inspiration that went into the creation of their airplane.

The importance of airplanes is never-ending and still developing. Wildfire fighters use airplanes to dump water, as well as jump into areas that could only be accessed from the air, saving acres of land and homes. Hospitals use airplanes and helicopters daily to save hundreds if not thousands of lives.  Making connections, discovering cultures, and soaring higher than the mountains are just some of the few perks of living in the age of airplanes.

Get Ready to Take Off in Hendrick’s Flying Cucumber

Ladies and Gentleman, this is your captain speaking. We will be traveling at speeds of approximately 35 mph and a cruising altitude of below...