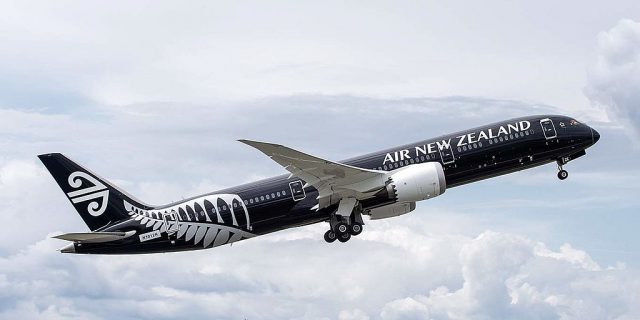 Air New Zealand is a fabulous airline that operates globally and serves more than fifteen million passengers every year as they fly to and from New Zealand. The history of this airline began back in 1940 when it was called Tasman Empire Airways Limited. The name changed to its current one in April of 1965 and that is when they only offered international services. Of course, everything changed again in April of 1978 when Air New Zealand merged with NAC, and both international and domestic flights were offered through the new airline.

While Air New Zealand has expanded with its destinations over the years, the latest city they are flying to directly is Chicago. Travelers can fly directly out of the Chicago O’Hare Airport and within approximately sixteen hours, they will arrive in New Zealand. This is the longest direct flight out of this airport, although the time is less for the return trip at only fifteen hours.

During a flight from Chicago, passengers will find themselves on a Boeing 787-9 Dreamliner. Business Premier seats are available on these flights and the soft leather seats turn into a luxurious bed that lies flat for the ultimate in comfort. Everyone who flies in Business Premier seats will have in-flight entertainment and a complimentary meal with drinks. These passengers will also receive additional in-flight amenities, premium check-in, and courtesy lounge entry.

Those who fly in Economy seating will still be comfortable during their time in the air, thanks to the ergonomically sculptured seats with flexible headrests. Every seat offers in-flight entertainment in the form of a nine-inch HD touch screen that includes the latest movies, television shows, and games.  These passengers also receive an in-flight meal and drinks.

Before this flight takes off from Chicago or any other airport, the passengers are shown the Air New Zealand safety video. This video is titled “World’s Coolest Safety Video” and to be honest, it really is! The video is much more interesting that a flight attendant standing there stating the rules and what to do in case of an emergency, because it shows quite a bit of the country and what people can see while they are there. Here’s a safety video featuring actress Betty White!

Our Stay at Pointe Hilton Tapatio Cliffs Resort in Arizona

Tucked in the hills, the Pointe Hilton Tapatio Cliffs Resort might feel more like a small European village in the desert, with Spanish architectural...

Top 7 Reasons You Should Stay in Sitges, Spain

World Cup Dogs are the Perfect Snack for the Game!

Air New Zealand is taking safety awareness to a new level by getting the attention of passengers with creative and smart safety videos! I...