Star Wars fans have a lot to look forward to before the arrival of movie, Star Wars: The Force Awakens in December. To celebrate the launch, Japanese airline All Nippon Airways (ANA) created a Boeing 787-9 Dreamliner to resemble famed character R2-D2 in the iconic blue and white graphic design, which also happens to be the official colors of the airline. Customers and loyal fans can begin flights on the R2-D2 airplane beginning in fall 2015. The movie will launch December 18, 2015. For more information, click here. 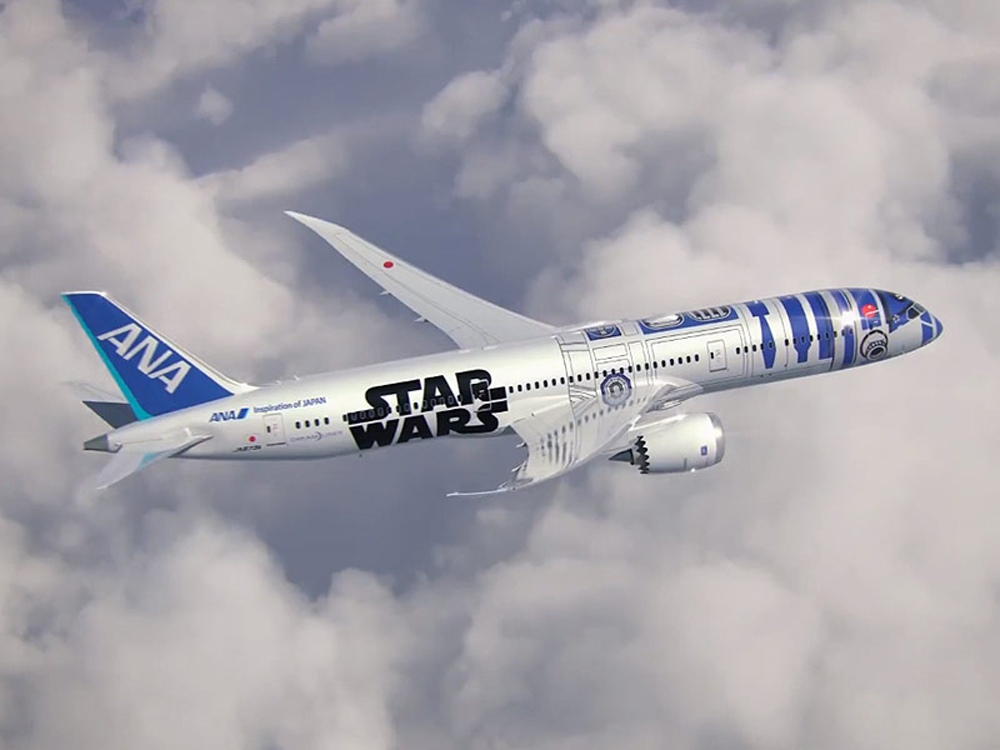 A Memphis icon in the heart of downtown, the Peabody Hotel is a feast for the eyes. Its Renaissance-style lobby, built in the 1920s,...

Fashion Designer Cynthia Rowley Takes Us Inside Her Trip to Punta...

Avianca Airlines Live Music Concerts at 35,000 Feet The Colombian Airline Avianca had the biggest surprise for all on board its fight to Miami. A...