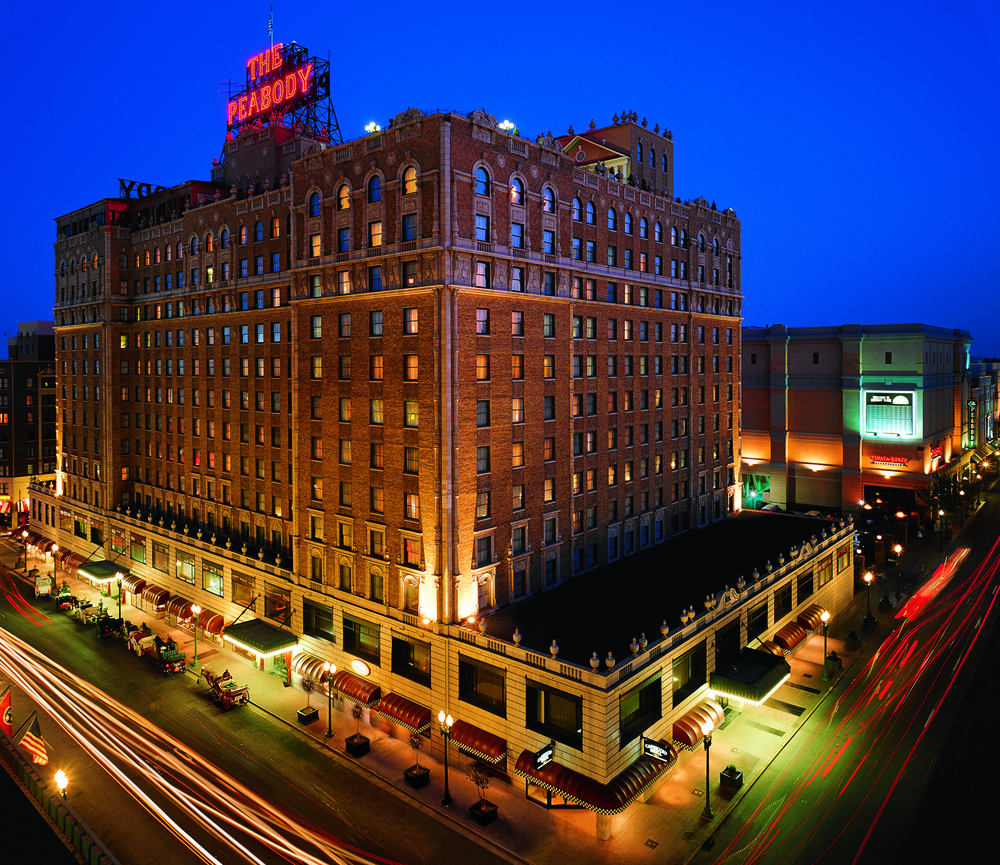 A Memphis icon in the heart of downtown, the Peabody Hotel is a feast for the eyes. Its Renaissance-style lobby, built in the 1920s, is a lush setting with towering bouquets and a marble fountain; its signature dining room, Chez Phillippe, is decked with frescoes, chandeliers, and balustrades. There’s a Grecian-inspired pool accented with lush greenery; the rooftop offers sweeping river-and-skyline views. But for all its grandeur and spectacle, the beloved hotel is best known for one, web-footed thing: ducks.

Here’s how it all began: in the 1930s, the hotel’s general manager went hunting with a friend—and a bottle of Jack Daniel’s whiskey. When he got back to the hotel, he still had a few live-duck decoys with him, and decided to plop his feathered friends into the hotel’s ornate fountain. Needless to say, guests were delighted, and a new tradition was born: five mallard ducks became permanent residents of the fancy fountain. The ducks got their own penthouse coop on the hotel’s rooftop, and they were delivered to and from the fountain every day from then on.

In 1940, the ducks learned some new tricks. The bellman Edward Pembroke, who was a former circus-animal trainer, taught the ducks to march in a now-legendary procession from the elevator to the fountain. Every day at 11 a.m., the procession lives on, and the hotel’s Duck Master officiates the ceremony; at 5 p.m., the procession is done in reverse as the ducks waddle back to the elevator and head home to their rooftop spread.

We had the adorable honor of serving as honorary Duck Master during our stay, which meant we got to accompany the real Duck Master to the roof to retrieve the ducks in the morning, watch them proceed to the fountain and splash around happily, and serve them lunch off a silver platter. The lobby fills up early with eager onlookers, so stake out your spot well before the ceremony begins, and be sure to bring a camera—this is one photographic ceremony.

Tip: the penthouse duck suite is still on mobile casino the rooftop, and hotel guests are welcome to stop by anytime. Also, there’s a photo of Pembroke on the wall near the hotel’s entrance, so be sure to wave hello to the man who brought delight to generations.

Elvis Signed His First Contract in the Lobby

Apart from the legendary birds, the hotel has some history with another legend: Mr. Elvis Presley. The King—a Memphis man himself—signed his first contract in the hotel lobby, and had his prom in its fairytale-like ballroom. A small in-house museum has fun artifacts from the hotel’s past, including a piece of the Elvis contract. And if you can’t get enough Elvis, Graceland is only minutes away from the hotel, and definitely worth checking out.

The sprawling hotel has 464 guest rooms and 15 suites. With a touch of the old south, the rooms have king bedrooms with homey accents like flowered curtains, potted plants and striped wallpaper.

Ducks appear everywhere, of course, so look out for duck-shaped soaps in your bathroom and lines of little ducks dotting the stationery, robes, and hand towels.

There’s only one place you won’t find the bird of honor, and that’s on the menu. That’s right, in honor of its well-known mascot, the hotel chefs have been instructed to never serve duck.

Speaking of the menu, no hotel stay is complete without a little room service, so we tested out some breakfast in our plush seating area one morning. Along with the traditional delicious roster of toast, eggs, coffee, and fruit, guess what came with our breakfast? An almost too-cute-to-cut side of duck-shaped butter.

We may’ve mentioned that the Peabody has a gorgeous lobby, but it bears repeating: you’ll want to set aside some time to take in the grandeur of this breathtaking space—and have some sweets and sips while you’re at it. The Lobby Bar serves up cocktails and beautiful little pastries, while the Corner Bar has an array of Jack Daniels-inspired small plates and specialty cocktails. 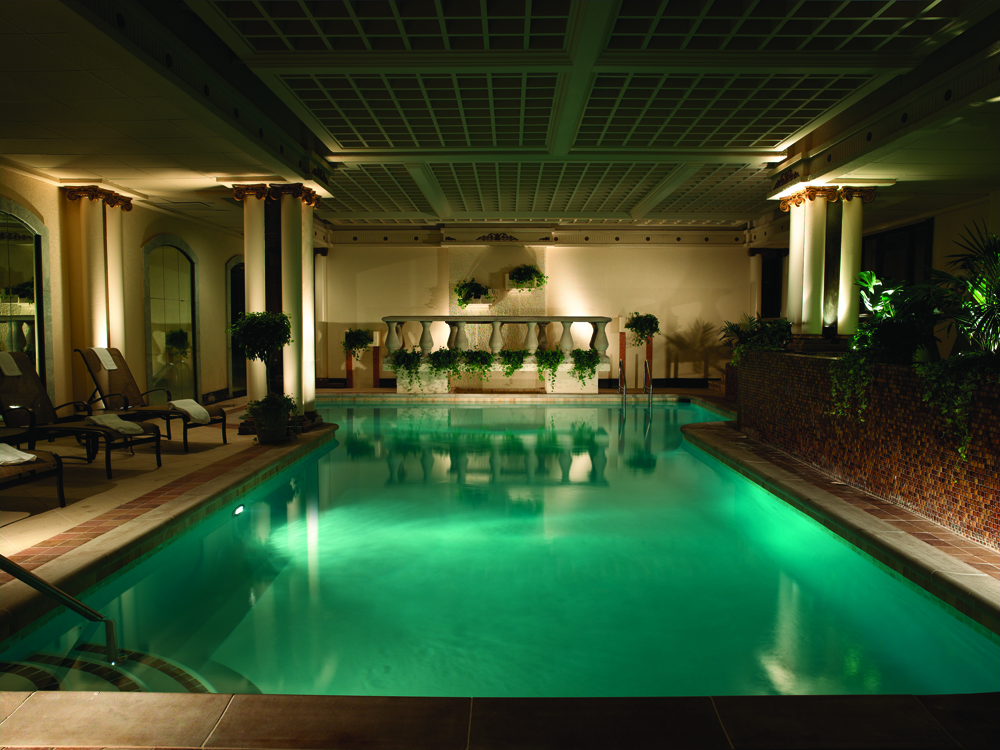 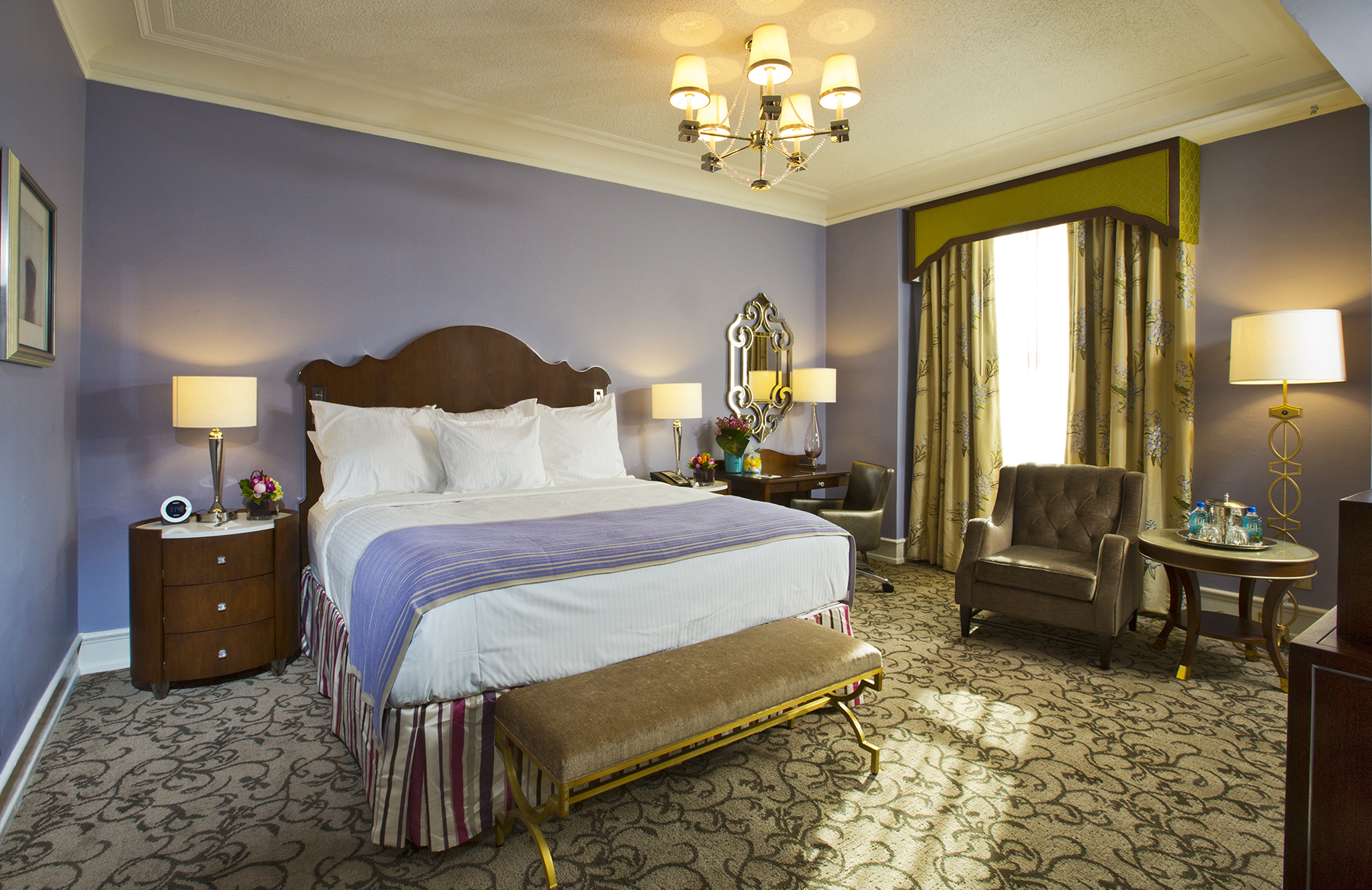 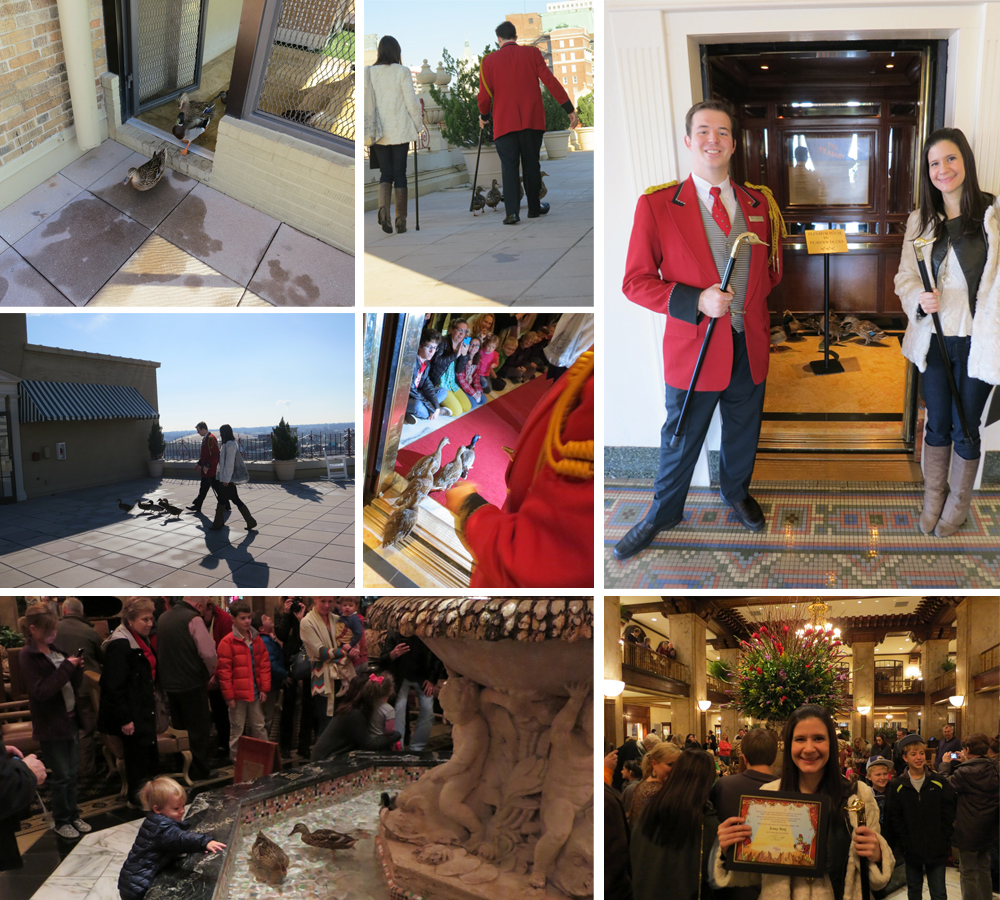 Art Recreation at Home With the Getty Museum Challenge

Le Grand Contrôle is Opening at Château de Versailles in the...

Quite possibly one of the most anticipated hotels opening in 2021, Airelles makes its way to Château de Versailles with the opening...