Sometimes skipping some of the most visited attractions is a good idea, but for Louisville, it’s actually a fun experience for the entire family. During our recent family road trip to Louisville, visiting these stops was easy, stress-free and engaging for all. Some of them are within walking distance from each other—great for experiencing the city by foot. Others you might even get a souvenir at the end of the tour like at the Slugger Museum.

Here are some of the places we checked out that you should add to your Louisville itinerary. 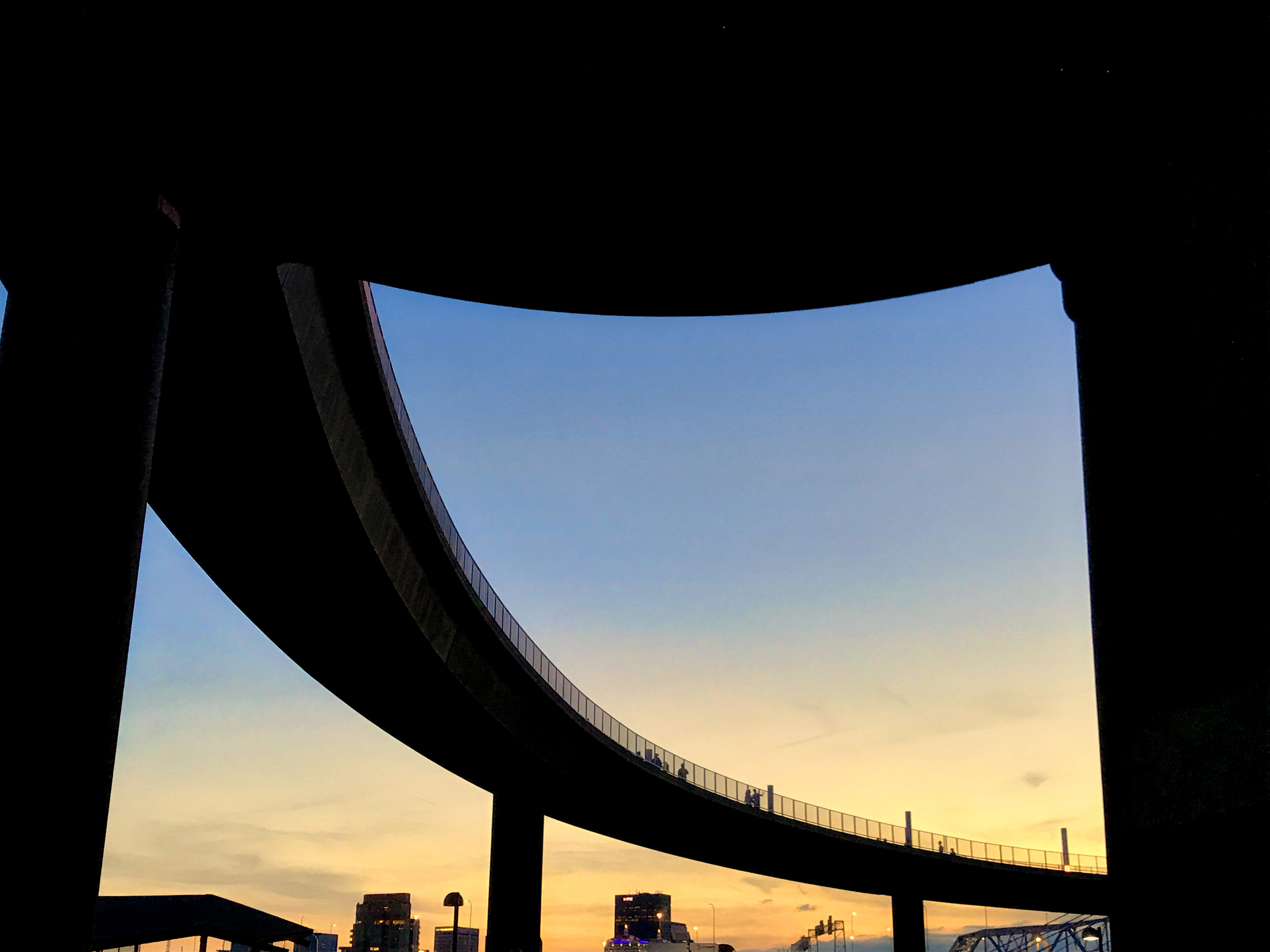 The Big Four Bridge was originally built in 1895 as a railroad bridge and was used in that way until the 1960s. The bridge reopened in 2013 as a pedestrian bridge and links the Louisville Waterfront Park to Jeffersonville, Indiana. It is estimated that at least one and a half million people walk over this bridge every year. As soon as the sun begins to go down in the evening, the bridge lights up with vibrantly colored lights.

One of the best attractions in Louisville is the Kentucky Derby Museum. It was first opened in 1985, and while it is next to the infamous Churchill Downs Racetrack, it is operated separately.  There are two floors filled with Kentucky Derby memorabilia and interactive exhibits, including Winston, a live miniature horse who lives in the Oaks Garden Terrace. Inside the stable, guests will also see a thoroughbred horse, however, the horse who lives there changes periodically throughout the year. While guests are visiting the horses, they can also see the gravesites of five Kentucky Derby winners. In the back garden, there is another Derby winner buried under a magnolia tree that was planted in her honor.

We had a fantastic time in Cleveland with our Mobile Museum this past weekend! Next stop? Chicago this coming weekend for the @whitesox, @mariners series!

The Louisville Slugger was first produced in 1884. If you’re a baseball fan, enjoy a factory tour to see how these bats are made, which is practically unchanged since they started so long ago. Every visitor that participates in the tour gets to walk through the middle of the production line as they watch the bat being made from start to finish and then they all receive a miniature Louisville Slugger bat. Inside the museum, people can see the world’s largest baseball bat and glove. The bat is made from steel, weighs 68,000 pounds, and reaches 120 feet into the air. Guests of all ages can play on the Big Glove, which is made from 450-million-year-old Kentucky limestone.

Did you know? Mega Quest is the ONLY fully underground aerial ropes challenge course in the world, AND is one of only twenty courses of its kind in the USA! #megacavern #megaquest #megafun

The Mega Cavern is a manmade wonder that is part of seventeen miles of underground corridors underneath the city of Louisville. Guests have a variety of ways to see the inside of the Mega Cavern. A historic tram tour takes people on a sixty to seventy-minute tour that highlights the early cavern formations, a replica of the Cuban missile fallout bunker, exhibits of an early mining operation, a worm recycling room, and much more. People can also choose to ride the ziplines or participate in the aerial ropes challenge course.

Hotel Review: Our Stay at the 21c Museum Hotel Louisville

Louisville in Pictures: Our Favorite Places

Get Inspired to Wing it and Go on Vacation

This post was sponsored by Booking.com, all thoughts and opinions are my own. Our month-long European road trip with my wife and three children will inspire your next...

Stunning Photos of the Alhambra Place

Storybook Vacation Destinations You Have to See to Believe

Louisville is undoubtedly one of our favorite foodie destinations. Here's a look at everything we ate on a recent trip—from Bourbon shakes to decadent...