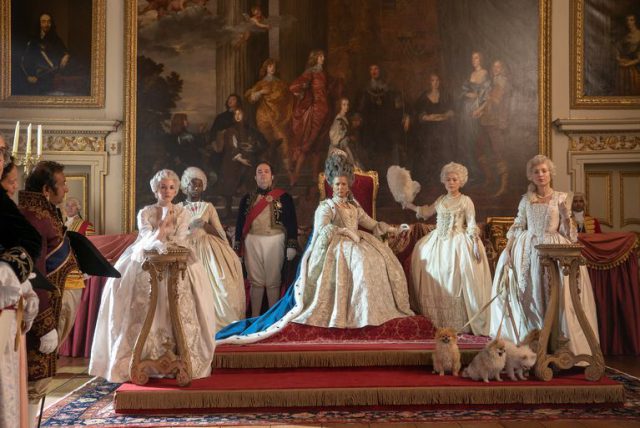 Millions of viewers have tuned in for Netflix’s Bridgerton as a form of beautiful escapism. Set in Regency-era London, the show follows the romance of Daphne Bridgerton (Phoebe Dynover) and the Duke of Hastings (Regé-Jean Page). While the ornate balls, exquisite gardens, and opulent palaces drew millions of viewers in, we couldn’t help but wonder, where was Bridgerton filmed? Here are a few of the locations that you may want to add to your Bridgerton bucket list for your next adventure.

The City of Bath

The city that plays one of the most significant roles in Bridgerton is Bath, which is the largest city in Somerset, England. Bath is famous for its Roman architecture and is a UNESCO World Heritage Site.

The Wisteria-covered exterior of the Bridgerton home was filmed at Ranger’s House. It was built in 1720 for a naval captain and is located between Greenwich Park and Blackheath. The home features a 700-piece-art-collection Wernher Collection of diamond magnate Sir Julius Wernher. The interior was not shot in Ranger’s House and instead filmed at RAF Halton in Buckinghamshire, used to film the hallway, grand hall, stairs, and smoking room.

The Hampton Court Palace was used as the exterior of Queen Charlotte’s luxurious palace. It was built in the 1500s for the chief minister of King Henry VIII, Cardinal Thomas Wolsey. Lancaster House and Wilton House were used for interior shots of the queen’s abode.

The Duke of Hastings’ Residence

If you love a period drama, you may recognize Wilton House in The Crown, Emma, and Pride and Prejudice. The exterior and parts of the Wilton House interior were used as the lifelong home of the Duke of Hastings. Other filming locations for the Duke’s country home include Syon House and Badminton House.

The Duke and Duchess’ Residence

Some of the lavish balls on Bridgerton were filmed at the Holburne Museum and the Banqueting Room at Guildhall.

Located in West London, Painshill Park is near Cobham in Surrey, England. It was created and designed between 1738 and 1773 by Irish aristocrat Charles Hamilton and is on the Register of Historic Parks and Gardens. This 18th-century was very popular for promenading in real life, just as it is in Bridgerton.

Modiste dress shop owned by Madame Delacroix in Bridgerton is a quaint coffee shop in real life. Pickled Greens can be found on a charming street in Bath.

Portillo’s, the beloved Chicago-based restaurant chain, has been around since the 1960s, and while they offer a variety of food and drink...

5 Travel Horror Movies NOT to Watch Before Going on Vacation

The Widder Hotel, Zurich, a Luxury Hotel in Old Town

This stunning, 5-star hotel lies in the Augustiner quarter of Zurich and is actually comprised of 9-historic townhomes with none of the 42 guestrooms...